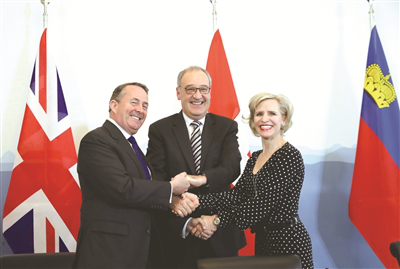 Sinochem New Network The American Chemical Industry Council (ACC) recently said that the UK will withdraw from the EU on March 29, after which the UK will be eligible to negotiate trade agreements with non-EU member states. The US and UK governments will sign a free trade agreement as soon as possible after Brexit, saving a lot of money for US and UK chemical manufacturers.

Ed Brzytwa, ACC’s head of international trade, said: \"Free trade agreements can eliminate US tariffs on chemicals imported from the UK, saving US chemical manufacturers $88 million a year. Similarly, the UK’s tariffs on chemicals imported from the US It will allow the UK to reduce the payment of tariffs by US$84 million. The cost savings from the removal of tariffs will help promote economic and employment growth.\"

The ACC estimates that the total value of the Anglo-American chemical trade in 2017 was US$5.7 billion, of which US$2.8 billion was imported from the United States.

The picture shows on February 11, local time, in Bern, Switzerland, Switzerland and the United Kingdom signed a trade agreement. After Brexit, they will continue to maintain preferential trade conditions between the two countries. (Photo courtesy of CFP)