Leaders of Provincial Department of Commerce visited Havay for investigation

Director Xia Bingjun and his party watched Havay Group’s promotional video and listened to the report of Havay Group Chairman Sun Guibin on the basic situation of the enterprise and the relevant situation of the international trade friction warning workstation. Havay adhered to the development concept of \"number one and two\", based on technology and innovation. Hand in hand, under the constant pressure of global trade friction and the multiple pressures of the new crown epidemic, bravely act with courage and do everything possible to achieve the growth of the market against the trend.

Afterwards, the leaders and a group of representatives from Havay Group and other enterprises conducted a forum on early warning of international trade friction. At the meeting, I heard a report on the company's export revenue and asked in detail the current problems encountered by the company; Qian Zhenhua, deputy head of Daiyue District, introduced the foreign trade work of Daiyue District in detail, pointing out that the export of terminal products is blocked, which will directly affect the industry chain. For enterprise efficiency, it is essential to properly handle trade frictions. Director Xia introduced that at this stage, the downward pressure on the global economy due to the epidemic situation is increasing, and new forms of trade friction have emerged. Enterprises must take precautions, do early warning work, and actively respond; they will alleviate the problems encountered by enterprises and expressed that they will Active coordination will help the healthy and rapid development of enterprises. 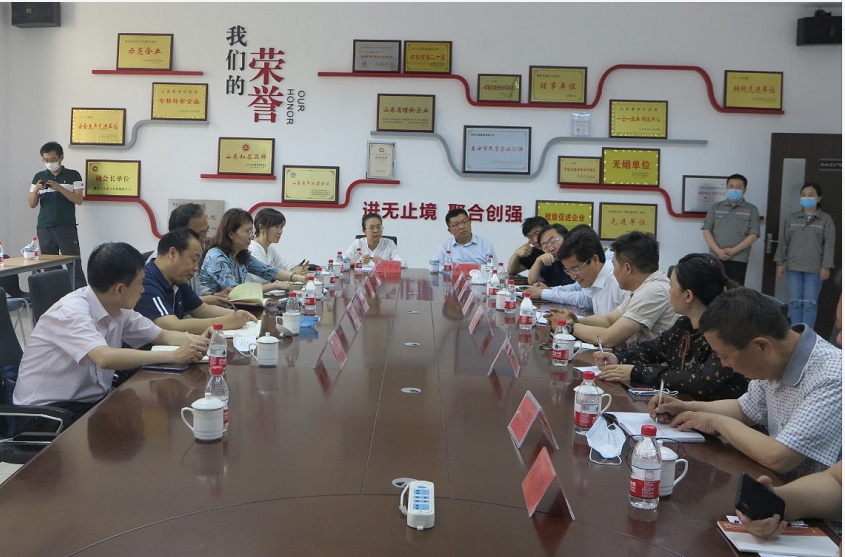